So I took a little blogging break.
It was not my intention.... a few weeks ago I was playing around with some buttons (I am the person that will push a button just because it's there, without considering the consequences. My husband, computer guy by trade,  is not a fan on this character flaw trait).
Any who, I lost my whole blog layout. So then I whipped up a little something and couldn't get the contact buttons linked up correctly. I think a few are still messed up. So I was discouraged and tired from another month-long-Henry-teething-party... so there's my excuse.

But as the title says- I'm back!

So I wanted to post about Henry's first Thanksgiving before all the Christmas craziness takes over!
I was a bad photographer and hardly took any pics. Oh well, I'm sure I'll make up for it at Christmas x1,000!

We headed for PaPa's house Thanksgiving morning. Henry did really well on the four hour ride. We spent about an hour making stops but those were mostly my fault. I spilled a huge drink all over the car and over fed Henry till he puked. Poor baby. (But in my defense, he's like a gold fish- he won't stop till the food is gone). Sometimes he's hard to read:) 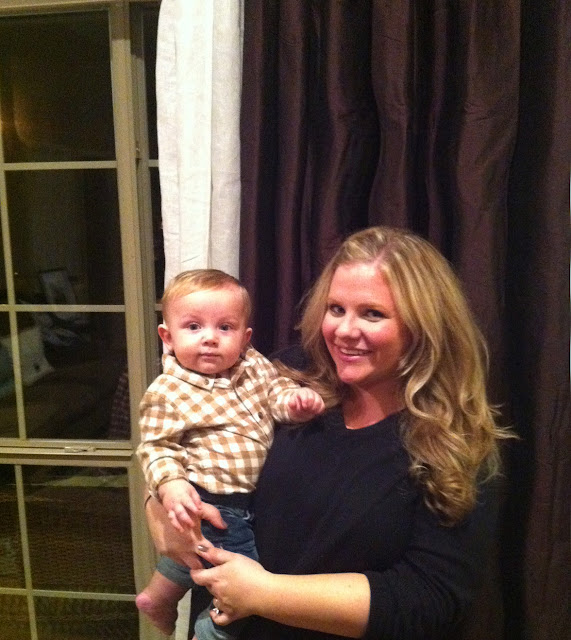 The table was gorgeous and the food was so good. And there was soooo much of it. My dad outdid himself! 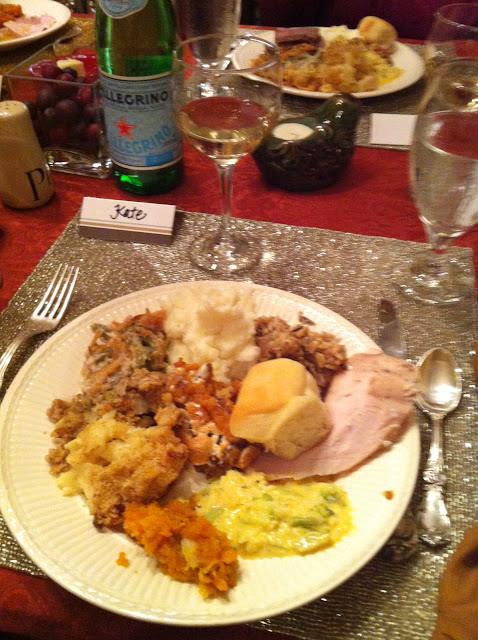 I made a pecan pie, which was delicious- minus the crust. I may or may not have made a homemade crust that wasn't working and angrily threw it in the trash and begged Shawn to make a Walmart run at midnight;)
I also made this sweet potato casserole.

What? You don't artfully place your dishes by multiple heads of cauliflower for your shots? Lame.
But folks, no joke, it was amazing. Do yourselves a favor and make it for Christmas!

Henry hanging out with Walter 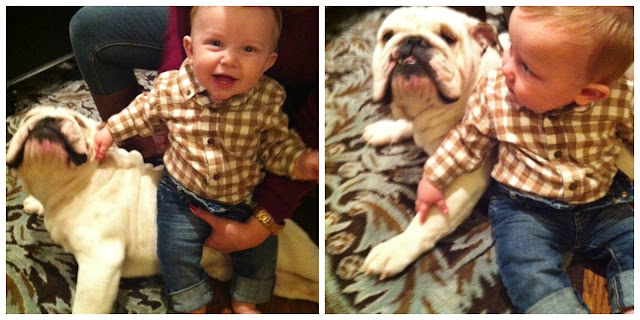 We spent the following days relaxing and shopping. 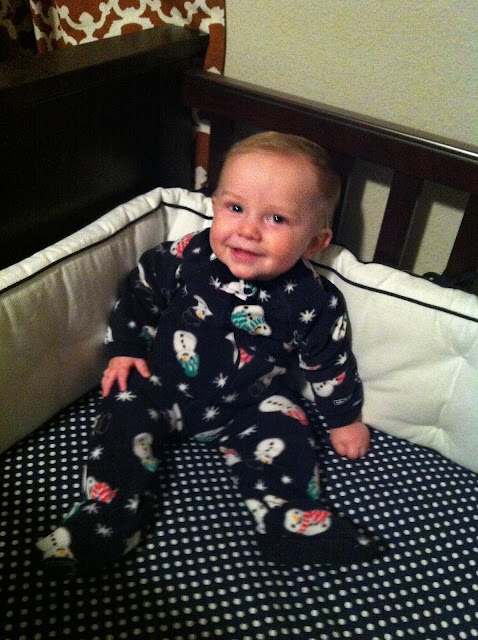 Henry is some of his new Christmas jammies

Thanksgiving is one of my favorites.
I am so thankful for my two favorite guys. Henry had a great first Thanksgiving!